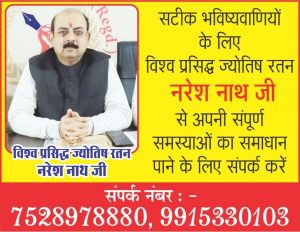 A festival which is celebrated widely across North India to mark the beginning of the spring season and harvesting too. A popular Hindu folk festival mainly celebrated by Punjabis a night before Makar Sankranti by lighting the holy bonfire as a part of the ancient tradition, the contestants of Indian Idol celebrated this auspicious festival with the cast of Mere Dad Ki Dulhan!

This Lohri, Sony Entertainment Television’s much-loved shows, Mere Dad ki Dulhan and Indian Idol Season 11, came together to celebrate the vibrant festival. As Varun Badola lit the bonfire, everyone began singing songs around the bonfire, putting in kurmure, coconut, etc. in the fire. Varun Badola, Shweta Tiwari and Anjali Tatrari had the best time welcoming the contestants on the set of Mere Dad Ki Dulhan.

Varun, who is a huge fan of Indian Idol even had a brief chat with the contestants before the bonfire was lit. The entire cast of Mere Dad Ki Dulhan was seen joining the Indian Idol contestants singing songs around the fire, and having a gala time celebrating the festival. Til ke Laddu, Kurmure ke Laddu, Revdi, Ghajjak, etc. were exchanged by everyone and they looked like a big happy family of Sony Entertainment Television. 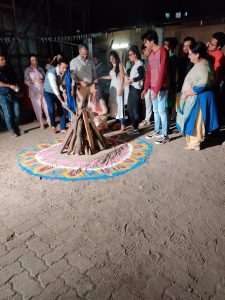 Shweta Tiwari, who plays the vivacious, Guneet Sikka in Mere Dad Ki Dulhan, said “I am celebrating Lohri after many years and it feels absolutely amazing to be a part of the celebrations and making my wish around this holy bonfire. The contestants of Indian Idol are very talented, and they sang incredible songs around the bonfire. I feel great celebrating this festival with them because these contestants are away from their families this time, and we, as the Sony family, felt privileged to make them feel comfortable.”

Ridham Kalyan, of Indian Idol season 11, said “It was such a great feeling celebrating Lohri with Shweta ma’am ,Varun sir and the entire cast of Mere Dad ki Dulhan. Lohri is a festival which is very special to me as I am a Punjabi, and this is the first time I celebrated Lohri away from home and with my Sony and Indian Idol family!”

Raj calls me BBC- Born Before Computers because I am amateur in technologies : Shilpa Shetty

Neeraj Sisaudia, New delhi  Bollywood’s most charismatic actress Shilpa Shetty recently came on the sets of The Kapil Sharma Show to promote her upcoming movie Hungama 2 along with the star cast of the film, Paresh Rawal, Manoj Joshi, Meezan Jaffery and others. The evergreen Shilpa Shetty has entertained the audience over the years with […]